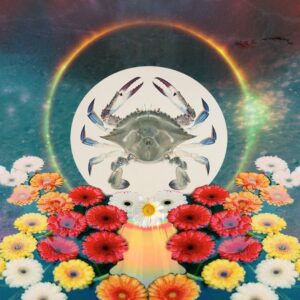 The Capricorn/Cancer series of Eclipses is nearing completion.  On January 10th the third last eclipse – a Lunar (Full Moon) Eclipse in Cancer will emerge.  Heavy hitters Pluto and Saturn add a sobering note as they sit within a few degrees of the Sun.

The Moon, on the other hand will receive a soft touch from Neptune in fellow water sign Pisces.  And what does all this mean?  Not much that you haven’t already become accustomed to folks.

We have felt the seriousness of a certain matter (different for every sun sign) brought on by Saturn & Pluto in Capricorn for about a year.  They have been inching closer and backing away never quite sharing the same degree. Just after the Eclipse, on January 12th they will finally join forces. This much talked about occurrence deserves its own focused discussion.  However, it is a must mention as the Eclipse in Cancer acts as a powerful lead-in to one of the most significant astrological happenings of the year.

In fact, nearly every eclipse in Cancer/Capricorn series has been influenced by Pluto & Saturn. Each lunation has been dropping hints. The eclipses have shifted our trajectory in how we handle family dynamics, shed light on the fine line between abuse of power and the need for protection, raised a fear of the feminine, loss of control, and perhaps made us question a stubborn hold on traditions that makes us feel safe and secure and yet ill-prepared in anticipation of its inevitable erosion.

The Eclipses on their own, would still pack a punch.  Cancer and Capricorn are Cardinal signs, initiators, two of four main pillars in the natural zodiac that govern our home, our foundations and the structure of society in terms of government, leadership.  In the simplest terms this is a show down between mother and father archetypes.  The task has been to explore the middle ground between the two.  In essence it has been one long drawn-out lesson in ‘proper’ parenting, literally & metaphorically speaking.

The feminine principle, Cancer, is challenged under the pressure of Saturn & Pluto’s presence.  Our soft side, our intuition, our need to feel safe and secure is often ideally grounded, provided for, structured by Capricorn.  That structure is evidently in the process of a major make-over.  Politically, events are likely to once again shift the way were headed.

On a personal level, it’s a wake-up call highlighting our primal need to protect home, family, our vulnerable emotional realm AND what we know intuitively as the truth. In our desire to protect and defend then, we will reflect the light of power-hungry Pluto and the immovable authority of Saturn as the Sun sets this Full Moon aglow.

Every sun sign has yet another opportunity to explore the balance point between the Cancer Capricorn polarities. The final eclipses in this series takes place on June 21 in Cancer and July 5th in Capricorn. However, the lunar nodes will have shifted to Sagittarius and Gemini in early June where we kick off a new series on June 5th.

Read more about how the Eclipses influence