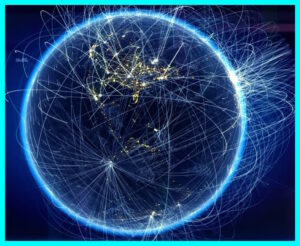 After backsliding since mid-August 2019 Uranus, ‘the great awakener,' stations in Taurus on January 11th preparing for another round of shake-ups in 2020.  From a wide-angle perspective economic uncertainties and changes in how we deal with material culture is within Uranus’ zone of influence. Its aim is to provoke progress, spur innovations. We can safely expect surprising jolts out of seemingly nowhere that, in effect, wake us up from stagnant states.

Sometimes it is enlightening, thrilling, exciting and at other times it can cause us to tremble in our boots, hyper aware of our fear of change.  You never can tell what to expect or know, with any amount of certainty, how you will react.  Some kids are in awe at the sight of a darkened sky lit up by fireworks.  Others are in shock.  The dogs certainly don’t like it, creatures of habit they are.

That said, between now and August 2020 Uranus will be moving forward inspiring some of the faster moving planets to act on its behalf.  Read more about how Uranus' position influences your Sun Sign in January's monthly forecast.  Below are short scopes addressing Uranus, now stationing direct...

ARIES will be inspired to earn independently, on their own terms at the beginning of the month.  During the last few weeks though, the need for independence may not jive with your associates. …Read more in 2020 month-by-month forecasts

TAURUS you’ll start waking up restless mid-month eager to show all that is uniquely you.  However, during the last few weeks of January your ‘be all that you can be with a dash of rebel’ attitude can cause issues with co-workers and higher ups. It sucks when people just don’t ‘get you’.  …Read more in 2020 month-by-month forecasts

GEMINI it seems you’ll catch wind of an interesting opportunity half-way through the month. How and if it’s something that will fit into your long-term vision can find you scratching your chin in bewilderment towards the end of January. …Read more in 2020 month-by-month forecasts

CANCER it looks like you will be inspired to travel, indulge in a little romance, and all else the world has to offer.  Mid-month however, it seems you may be faced with financial challenges or unpredictable behavior of a loved one by the time January comes to a close.

LEO part of you truly believes you can have it all on a deep level during the second week of January.  Over the last two weeks though the root of your inspiration reveals responsibilities that you may not have considered.  Either that or the phrase ‘it takes two’ rings loud and clear much to your dismay.

VIRGO there is so much to learn isn’t there?  Uranus will inspire you to change your tune, your perspective revealing a whole new world of ‘things’ to  understand to the best of your ability.  You may also find yourself questioning those things you’ve always done.  Upon closer inspection you may indeed find yourself cocking your head saying ‘geeze why bother’.

SCORPIO a little freedom from certain responsibilities would do you good wouldn’t it?  The urge to cut ties altogether from a person, place or thing will be strong as Uranus awakens the rebel in you.  Of course, you don’t do much without calculating the risks first.  And so, it might be time to pull out the calculator.

SAGITTARIUS routine life may be draining these days.  You probably still have to keep a loose schedule, making sure certain responsibilities are dealt with, but it could cause resentment.  Impromptu sessions of physical exertion and/or spontaneously adding in other things to do can help keep you up and at’em. You really are at your best when you are doing the new.

CAPRICORN you are really not one to step too far outside a set routine.  It can often feel like a waste of time if you aren’t working towards some kind of accomplishment.  That said, the urge to toss it all up in the air can course through you as Uranus awakens the normally dormant free-flowing fun ‘n’ freedom seeker in you.

AQUARIUS it seems the idea of home isn’t the same anymore.  Too much has changed, uncertainty about how to settle yourself into position so to speak is tough to wrap your brain around.  Uranus can, at its best, inspire you to not only think outside the box but inspire all the right moves required to dance and dance well to this erratic beat.

PISCES while Uranus can truly inspire you, the energy is often scattered.  It seems you have too many ideas or feel restless if unable to do this or that on the fly, whenever you feel like it.  Near constant motion, changes of scenery and attempts to gain bits of control over the freedoms you do have will keep you good and busy.  Good and busy by the way is probably the best way to move with Uranian currents.  Scattered AND stuck doesn’t often work well together.