The world will continue to shift and shake. As individuals it seems we are in the midst of managing conflicting energies. On one hand we are feeling softer, vulnerable, dare I say mushy on the inside. On the other, we are deadly serious, cold, deeply in touch with a core part of ourselves. The latter may unearth a sense of dread, fear, paranoia.

To flesh the sentiment out further --The Piscean vibe opens us up to our more compassionate, warmer selves that truly connects with the rest of humanity. BUT …it’s Pluto in the heavier, darker realm of Capricorn and Saturn in the cooler, detached sign of Aquarius that has our minds perked up, alert and ready – much like an army general would be. Both sides of ourselves are under extreme pressure to exist in the same space, in body, in mind and in spirit.

It is no wonder there is a global outpouring of support intent on keeping world peace. A you tube viewer reached out with the question ‘what can we do to help Ukraine’. Unfortunately, other than what people have been doing so far, offering aid and demonstrating there is not much more I can add. Globally speaking, the world will be suffering wild swings …

Stepping back a moment to consider where we are and how we got here --the Saturn Pluto conjunction back in January of 2020 marked an important moment. The simplest interpretation at that time indicated the imminent breakdown of power structures, systems, old traditions that no longer were in sync with the laws of the universe (ultimate cosmic truths no human can pretend to know fully). That includes money systems, banking, the fall of authority (especially those that abuse power). In a nutshell the structures we built society around (Saturn), have come to rely on were tested by Pluto. If it didn’t hold up it would be marked for destruction, provoking a rebirth. 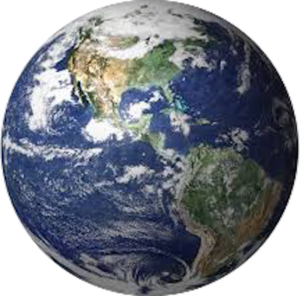 As Pluto finishes these last degrees of Capricorn then we are in a process that will take until 2025 to complete. On top of that with Uranus in Taurus, there continues to be a destabilization in the world of finance and resources until 2026. Uranus was in Taurus during WWII. Actually, Jupiter was also in the warrior sign of Aries in the late 1930’s as well so it is fair to say war is in the picture. But for our purposes it is enough to make the point that we really have only just begun the process of a major global transformation. No doubt we all know that in our gut.

Still, apologies if I am freaking anyone out and have led you this far in without even having addressed this particular week. However, it seems crucial to express what the overarching themes are. We are dealing with important moments in history. Context is everything and I would feel silly taking about the minor things in life under these skies.

That said, let’s take a look at what’s ahead in the short term…

This week starting with Tuesday, March 1st – Venus is finally out of shadow. Whatever decisions you’ve been chewing on for the last 4 months or so should be wrapping up now. Whether these decisions revolved around love or money there is no going back. The deal is done.

The New Moon in Pisces on March 2nd kicks us into a new realm of understanding that can cause confusion, worry, sorrow and fear. BUT… it is not an entirely bad omen. We may tend to be more sensitive (which gives way to the worry and sorrow) yet strengthens our resolve to ‘heal the world’ or perhaps heal our personal inner worlds. That is, we may indeed be filled with an overwhelming urge to do right by others. This is the kind of vibe where we choose to participate wholeheartedly in making the world a better place – donning our more charitable hats.

On the same day as the New Moon, Mercury joins with Saturn. We will be asking ourselves in all seriousness ‘what’s the plan’. In short, we’ll feel the need to screw our heads on straight and stare into the face of reality to do something about the life we are living all excuses aside. In fact, I believe we can put our emotions to side, at least briefly, to deal with unsavory aspects of life for the better. 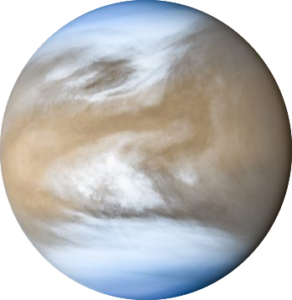 On Thursday March 3rd Mars, Venus AND Pluto meet. This is extreme. It’s as if the cosmos sends an oil drill spinning straight down to our core truth – like it or not. There will be no in between, wishy-washy humming or hawing. Again, you can see how that can cause greater tension and conflict. The Pisces vibe wants us all to get along – peace and love, be kind to one another. And so, despite our best intentions we can compulsively create a divide, a more polarized atmosphere.

Over the weekend the Sun will be in conjunction to Jupiter and Mars and Venus will be in an exact conjunction at 0 degrees Aquarius. Again. Extreme. Normally I would say these aspects would be wonderful, beneficial and yet….. it is more likely we will be prone to overdoing a good thing in many cases. That, of course is all that is needed to create a polarized swing where good is seen as bad and vice versa.

On a personal note, I have been travelling internationally. It has not been easy. I am preparing for cross Canada tour in the next few weeks (crossing fingers). Unfortunately, I will not be available for private readings online and the Sun Sign horoscopes will be on pause for a little while longer.

Much love to everyone. Take care out there.