“Looking at the past must only be a means of understanding more clearly what and who they are so that they can more wisely build the future.”
― Paulo Freire,

“Real liberation comes not from glossing over or repressing painful states of feeling, but only from experiencing them to the full.”
― C.G. Jung 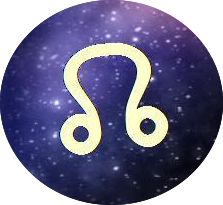 The location of the Lunar nodes often coincides with where the Eclipses will take shape.  On May 5th the Nodal positions shifted – the North end settling in Gemini, and the South in Sagittarius.  While the placement of the Nodes does not function in the same way a planetary body does, they do evoke an influential theme.

Every eclipse has a span of influence of roughly six months.  The events, occurrences surrounding one eclipse feeds into the next and so on.  It is important to note that Eclipses do not always happen on the same degree occupied by the node.  The intent of this article is to focus on the degree of the node but first a little context is necessary for those who are not familiar with astrology.

During Solar Eclipses a new beginning is on offer. It is considered the best time to set an intention with the idea that life will develop in that direction until the next eclipse in the same sign.  Keep in mind, we are not always conscious of our intentions. It is always wise then, to be careful what you wish for AND to be in a state of mind that is at ease.  For instance, desperately setting the intention you want to be a millionaire will likely result in financial desperation.

Lunar Eclipses often bring about endings.  After all if ‘life’ has set a new course, at least part of the old one must be left behind.  And so, as we will be dealing with eclipses in Gemini and Sagittarius from June 2020 until December 2021 themes governed by these signs characterize the kind of shifts we experience in our lives.

Gemini speaks to ‘the facts’, news, messages, information gathering, subjective standpoints, independent thought, the little things that make our world go around, what is referred to as the ‘lower mind’ our consciousness of every day operations, wordsmithing, mechanics and things of that nature.  Sagittarius, on the other hand, Gemini’s polar opposite, also deals with information but of another kind.

Imagine now that the South Node, currently in Sagittarius, is an island that holds your ideas and beliefs etc.  However, this island has become uninhabitable.  No matter what you do it becomes more and more apparent that it is in your best interest to swim over to another island, the North Node, now in Gemini. 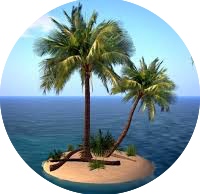 Life is a little different on the island of Gemini.  There seems to be more to do, and before you know it you’re wrapped up in people, places and things that follow the characteristics of Gemini.  Then, at some point, you glance across the sea toward your ‘old home’.  It looks awfully different from here.  No doubt, it was difficult to have left it behind. Although, you know if you hadn’t you never would have seen it in from this angle.  Funny that to ‘experience’ this ‘big picture’ perspective you had to ‘travel’ quite a distance.

In short, that is basic illustration of what is represented by the Nodes.  And now onto the degrees.  Every degree holds its own meaning, depending on what system is used and of course is always subject to other planetary influences. The Sabian Symbols are one such system.

These symbols are a collection of psychic impressions associated with each degree of the zodiac as described by Elsie Wheeler in the early 1900’s.  She paired with astrologer Marc Edmonds to develop what is known as the Sabian Symbols.  Later on renowned astrologer Dane Rudhyar further distilled meaning of her somewhat cryptic visions.

As the North Node journeys over Gemini then, it may be useful to contemplate the meaning of each degree.  On July 9ththe North Node will shift from 29 to 28 degrees.  Below is the Dane Rudhyar’s interpretation:

THROUGH BANKRUPTCY, SOCIETY GIVES TO AN OVERBURDENED INDIVIDUAL THE OPPORTUNITY TO BEGIN AGAIN.

KEYNOTE: A release from unbearable pressures, freeing one for new tasks.

This symbol can easily be misinterpreted, for while it obviously has a connotation of failure, it nevertheless depicts a particular state of the complex relationship of an individual to his community. The bankruptcy proceedings mentioned here should not be construed as referring to a fraudulent type of bankruptcy. At least in the United States bankruptcy does not imply a moral condemnation; rather, it means that individual failure cannot be separated from the health of the community. The special nature of the whole is implied in the failure of the part to perform adequately under particularly harsh economic conditions. A society which enthrones the principle of ruthless competition must also develop mechanisms to exteriorize the principle of compassion. The latter was at first emphasized by Northern Buddhism, and soon after by Christianity. The concept of atonement is directly related to that of release from unbearable economic pressures in bankruptcy.

This is the third stage in the eighteenth sequence of cyclic phases. In the first two stages we have seen the emergence of a new consciousness based on leaving behind the externals of bio-psychic living in its at least relatively wild and exuberant aspect. Here we have another kind of "leaving behind," a LIBERATION FROM THE PAST.