“The most powerful weapon on earth is human soul on fire.” – Ferdinand Foch 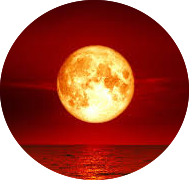 The Lunar Eclipse in Capricorn on the 4th/5th (depending on your location) concludes the series of eclipses on the Capricorn/Cancer axis.  Every six months since May 2018 we have been gradually led into new territory. Milestone events have shifted our direction, catalyzing a change of perspective.  Looking back our attitudes about home family, authority figures, elements that had powerful influences in our lives are no longer what they were. And so, here we are a little older and a little wiser.

This eclipse is no-less hard to handle than those we have already experienced.  In fact, it seems to be a tad tougher in some ways. Similar to any full moon we are building to a completion point.  Since it is an eclipse closing off a much longer cycle it can feel as though we are slamming the door and installing dead bolts just to make sure it doesn’t open again.  Under Capricorn’s influence then, the rules we have lived by personally and on the collective front no longer apply.

There is of course, more to it than that.  The waxing moon makes contact with a slew of planets hours after the eclipse.  First, in a sextile with Neptune an odd vibe is cast.  Many of us will be questioning is this real? while others bypass that question altogether simply noticing that something doesn’t feel right.  Soon after the moon joins with Jupiter making it clear that we can no longer get away with avoiding the truth.  Next the moon meets Pluto cutting through the bull suggesting we are indeed at the point of a permanent change. Last but not least Saturn adds weight – ushering in a brief period of melancholy.  Things will never be the same.  Again, this holds true across the board.  Surely by now, it will become evident that any governing body, those with power will be checked by the people.  And as Mars just recently entered warrior Aries (on June 28th) misuse use of our power personally AND on the public scene will continue to fan the flames.

*Both Saturn and Mars are major players in the continued unfolding of what’s been, well, a year of all years.  Each are now in their sign rulership and so, Sun Sign notes for the week of the eclipse are included in this article: Saturn RX Returns to Capricorn..

The Sabian Symbol, from Dane Rudhyar’s rendition, associated with the degree of the Eclipse reads as follows:

A FIRE WORSHIPER MEDITATES ON THE ULTIMATE REALITIES OF EXISTENCE.

KEYNOTE: The subjective quest for ultimates beyond the interplay of life and death processes.

Beyond cultural enjoyment and the passion for accumulation of often-unusable data of sense knowledge stands the willful and determined "adventure in consciousness" of the occultist, the yogi, the mystic. The mystery of fire has always captured man's imagination because it is the mystery of all transformations wrapped in the enigma of death. In times when collective, perhaps total, death could be in store for mankind, the process of subjective meditation is fascinating an ever-greater number of people.

It brings us to a stage beyond life itself. Are we ready to take this step which the masters of yoga claim to have taken: to experience death and return to the same body? Are we ready to demonstrate man's WILL TO TRANSCENDENCE?