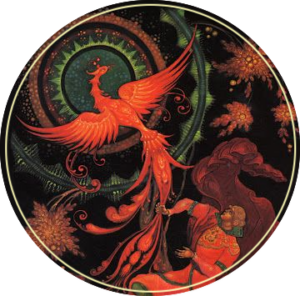 Mars will be in Aries on June 27th and for the remainder of 2020.  However, on July 26th it will enter its shadow.  To be clear Mars will be in retrograde motion on September 9th returning to the same point it was on July 26th.  That said, moving forward impulsively, with force between now, June 27th and July 26th can, miraculously work for us. It will depend on how confident we are, how clear we are about what we have managed to accomplish during the first half of 2020. How in touch are we with our being and its connection to the collective? Mars in its home sign offers added fuel, a boost in confidence that works like no other to awaken the courageous warrior spirit in each and every one of us.  BUT to take full advantage of this power packed boost we must be clear on what our spirit is actually fighting for.

There are other elements to consider 1) Five planets are in retrograde (slowly treading backwards) and 2) any forward drive we have likely to lead us into regrettable actions after July 26th.  We are in tricky territory. A burning desire for life to move faster can put us at risk of driving us deeper into no man’s land where we are left unprepared in the face of unpredictable (and likely volatile) circumstances later on -- that is during Mars retrograde between September 9th and November 12th.

It is apparent in the key words (description of energies) listed for Aries & Mars that ‘war’ of some kind is likely to ensue.  It is a fight for independence.  Every individual perhaps, waging their own war.  At this point there may be more leaders than followers giving rise to a heated atmosphere – for the rest of the year!!  Again Mars is in Aries until January 2021!

In short, impatience does indeed rule the days ahead with Mars in Aries.  True, courageous spirits, those that have often stood out as natural born leaders will be fueled with an extra dose of confidence to fight for what is right. Unfortunately, those that have less-than-leaderlike qualities are apt to swing their swords haphazardly and in anger.  The latter is a clear sign a war goes on within as the individual battles with what part of themselves will lead.  Again, the importance of clarifying your purpose from a soul-based perspective is a paramount. Do you want to contribute to a better reality for the collective or are you fighting for power and control in your own bubble  - one that seeks to disconnect from the wholeness of reality?

That said, all fire signs, or those with a strong fire influence in their chart (planets in Aries, Leo, Sagittarius) are likely to be imbued with extra energy- are more charged up than most. Air signs Aquarius & Gemini too, stand to gain added benefit.  They are likely to have ample opportunity to make their mark communicating ideas and sharing information.  Aquarius is likely to lean more on the side of the collective. Gemini is more likely to act impulsively but less discerning about the information they share.

Gemini may have to be careful in the accuracy of information shared and be aware of how that feeds the flames of ongoing debates.  President Trump is a Gemini so his words can easily incite action.  His rising sign is also Leo (the pride filled lion).  We have already seen how that works.  This second half of 2020 we are likely to see the immediate consequences of these extreme behaviors.  Indeed, while Mars is in Aries (again from June 27th right up until early January 2021) the ripple effects of Trump’s words can be even more dangerous.  It is interesting to note that 1988 was last time Mars was retrograde in Aries. Donald Trump had a terrible year. Here is an article by Politico at that time titled  ‘The Year Trump Lost his Mind’.  Apparently he made a slew of manic business deals that nearly brought him down.

Read more about this tumultuous time in SATURN in CAPRICORN and the LUNAR ECLIPSE in CAPRICORN on July 4th/5th...