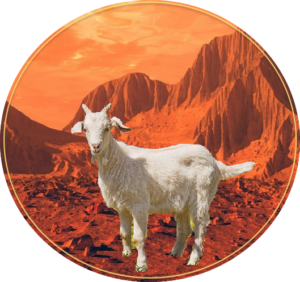 If it hasn’t already become clear the cosmos is nudging us up a mighty mountain.  It will take time and effort to reach the top.  And the lessons learned about ‘this’ terrain is exactly what will make or break us once we get there.  In other words, it is the long-term higher achievements our sights are set on.

While Mars was bounding through Sagittarius no doubt there have been a few trip ups. During most of January it has been a challenge to figure out the right pace -one that can keep us going for the long haul.  Bouts of impatience may have resulted in rushing through important steps and so has likely resulted in far less being done than we’d hoped for.  It will be easier to gain our footing while Mars tours the zodiac realm of the mountain goat – Capricorn.

Instead of mushing onwards with erratic bursts of enthusiasm and/or manufactured optimism fueling our feet, we are likely to be steadfast and focused. Under Capricorn’s influence Mars behaves like a sure and steady flame, conserving energy and making efficient use of time and resources.  And so, despite the feeling that we are slowing down this month, there is a better chance we will be more productive than in January.

Mars will be in Capricorn from February 16th until March 31st.
In this position it will work in harmony with: