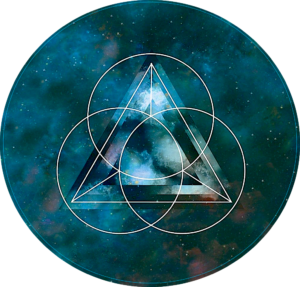 Yikes!  Not another Mercury retrograde!!

…It’s actually not all that bad.  In fact, it may be just what’s needed this month.  We have to have faith the universe knows what it’s doing don’t we?

Mercury retrogrades are often only a problem when we are resisting, refusing to cruise with the change in tempo.  What is often required is focusing our attention on fewer things.  If you were a juggler, working on perfecting your act would you throw another ball up in the air before gaining full confidence with the ones you’ve been handling?  Probably not.

There is a little more to it than that of course.  Mercury is already somewhat wonky while it travels through Pisces as it has been since February 3rd (more on Mercury in Pisces HERE).  Let’s adjust that metaphor then, imagine the juggler is suffering from dizzy spells and the squirrels in the park band together to distract the poor guy, just for fun.  It is tough enough to juggle never mind dealing with a case of vertigo while being teased by gang of giggly squirrels.

That said, slowing down, focusing on what’s priority and polishing what we have already been working on are the best strategies between February 16th and March 16th.   Keep in mind Mars is bolstering our determination while also urging us to keep a slow but steady pace so we can actually accomplish quite a bit this month.

March 4th :
Returns to Aquarius where we have a second chance to communicate with greater clarity.  If you are a writer, publisher this is a good time edit.  Networking, touching base with others for feedback on projects (of any kind) or asking someone older and wiser what their experience has been in a similar situation is also a good idea.

March 9th :
Mercury stations direct at 28 ° Aquarius:  double-check that efforts made will last, future goals clearly in mind.  Are you prepared?

March 16th:
Mercury, now direct, but still perceivably sluggish re-enters Pisces.  Concerted effort may be needed to focus on the steps forward from ‘here’.  Mercury retrograde phases are often felt more strongly at the beginning and end of the phases.

March 30th:
We are in the clear!!  Mercury moves ‘out of shadow’, passed the degree it stationed retro.  At this point, we can safely juggle a few more balls 😉