“Words are the source of misunderstandings.”―Antoine de Saint-Exupéry

“So the whole war is because we can't talk to each other.-Orson Scott Card 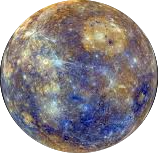 “It’s just another Mercury retrograde. It will pass.”

Not before it swings back like a boomerang though.  The realm of air is trickster Mercury’s favorite playground.

Solutions are easy to come by when the air signs are highlighted. We suffer no shortage of truly great ideas that can really work...in theory.   But our in-theory persuasions will catalyze more than a few of our problems in the first place this year.

In other words, as we try to bring our grand ideas down to earth, they aren’t likely to go according-to-plan in the nitty-gritty real-world sense.  Has life ever gone according to plan?  Is any system, idea, as perfect in theory as in application?

It is possible but we would have to take into account the messy world of emotion and limits of our human nature.  The trouble is air signs aren’t interested in that kind mess.

And so, there will be a tendency to sweep the messy stuff under the rug while throwing a spotlight on the virtues of our ideas -- in theory.  In a way we are liable to treat our lives as if it is a mechanical thing where ‘fixing-it’ is just a matter of tinkering with it in the right way.

Even those with a more wholistic approach may err under the extended air influence in 2021.  Many are comforted in having a ready-set reason to explain away annoyances, something to point a finger at when delays, miscommunications and general mishaps take place.  Mercury will be well-positioned to play the role of scapegoat. It can be all too easy then, to wave off what doesn’t fit in our mental scheme and continue down our theory-based roads virtually built on thin air.

As the Mercury retrograde phases in 2021 take place exclusively in air signs then, the urge to intellectualize, rationalize almost all

we do in February, May/June, September/October will give us far more to think about than last year, if you can imagine that.

Essentially, the extra time Mercury spends in air signs will find us prone to engage in connecting-the-dot kind of thoughts that don’t necessarily connect with those messy bits.  In turn our mental pictures will often prove off the mark – something we probably won’t notice until we witness our idea in application, in fully fleshed-out motion on the ground.

The final Mercury retrograde phase of the year in Libra is toughest in terms of our commitments.  The grand ideas we had at the beginning of the year (and even the choices we made in last months of 2020) are likely to be severely tested.   Relationships, make ups and break ups, career choices, the fight for ‘our right’ so to speak, looks to be the main source of upset.

“Confusion is the best form of communication. It's left to be unexplained.”― Twiggy Lawson

The second phase occurs in Gemini – between mid-May and early July.  Rumours, ‘fake news’, distrust can run rampant.  In our personal lives relationships not built on a solid foundation can expect to be on even shakier ground. Although, Mercury’s mischief-making during these dates will revolve more so around the written word, the signing of contracts, legal deals, transportation, mechanical, electrical devices.

“I speak to everyone the same way, whether he is the garbage man or the president of the University”– Albert Einstein

The first retrograde phase takes place in Aquarius – between mid-January and mid-March (including the range of its shadow).  Social media feeds may reel with the idea that there is hope of the world working together.  And our personal lives, ideas about the future are likely to be influenced by this cascading optimism. In truth Mercury won’t actually have too many obstacles while in Aquarius, whether in retrograde or direct motion.  The few exceptions are on January 12thwhen it opposes Uranus RX and February 10thin square to Mars.  Revelations about the economy, our environment may be what turn our minds sideways.  And this can leave some of us with a sudden realization that our plan is no longer worth pursuing.