Blinded by the Light… 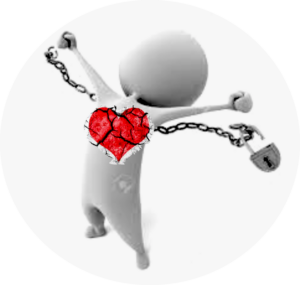 The majority, it seems, desperately wants to step out, get on with this ‘new life’ already.  New Moons open the door to just that opportunity.  And the New Moon in Taurus is no exception.  However, surrounding influences, namely Jupiter & Pluto (within reach of each other in Capricorn) and the proximity of rebel-rouser Uranus to the Sun & Moon in Taurus does stir an already unsettled pot of complexities to consider.

The potential saving grace under this lunation is Mars & Venus.  Both in air signs, we may be better able to discuss 1. what we really want and 2. how to get there from here.  While we are apt to rely heavily on logic though, we may not be able to put aside our biases.  In other words, when we really want something (for ourselves, for our own mental well-being) we can come up with all sorts of ‘logical’ reasons to justify it – reasons that conveniently support our agenda and discredit opposing parties.

This war of words (disguised as fair & just speak) is likely to fueled by 1. an underlying anxiety AND urge to rebel, break free from any and all perceived constraints (Uranus) and 2. A craving to find stable ground – one that appears to be on one side of a extreme or another.

The direction we choose to lean seems hinged on a need to convince ourselves (and others) that we know more than we do (Jupiter & Pluto).  Examples of the latter are obvious on social media where folks insist all ‘others’ are sheep!  Yet, aren’t we all – just of a different kind? Each of us following a shepherd– an ideology sewn together from bits and bytes of information?  Indeed there are quite a few effectively swayed by the picture emerging from the dots they’ve chosen to connect.  Under these skies, the likelihood of having chosen those particular dots with an unconscious agenda of what makes us feel more powerful, more in control, more in the know is rather high.  In a way it seems we are tempted to pronounce ourselves 'king of the hill', a black sheep of higher status.

In short, this New Moon doesn’t complicate the situation by bringing about confusion as much as it does an agitated state. Set in the realm of Taurus letting go will not be our strong suit.  Yet, the need to move on, break free, regain freedom from this madness depends on it and so, I think we will.  It can come as a shock though, as the more authentic sides of ourselves jump out to dominate the scene.  That is, what has been driving us at heart (aside from story we’re pushing, they’re pushing) sees the light of day. It is actually where the stable spot we are desperately seeking rests.

It may not be a humbling experience but eye-opening to be sure.   And we can get a heck of a lot further with eyes open despite the mayhem unfolding around us.  To be honest, I’m surprised to see it happening already in the U.S. with  armed protesters in several states.  Uranus  'the mayhem-maker' seems to already be influencing an overwhelming desire to break free.

Carrying on, a few basic notes where we are likely to see these influential patterns materialize… Taurus rules money, our value system, the stock market and New Moon’s portend beginnings.  In this case significant changes, intentions made now, that speak to that end will develop over the next six months. That said, the true implications of our intent (whether we are conscious of them or not) may not be understood until around the time of the Full Moon in Taurus on October 31st, 2020.

From another perspective the Sabian Symbols associated with 3°Taurus (the site of the New Moon) and the Sun’s conjunction to an electrically charged Uranus (owing to its other name, the ‘great awakener’) at 6° Taurus may be of interest.

These symbols are a collection of psychic impressions associated with each degree of the zodiac as described by Elsie Wheeler in the early 1900’s.  She paired with astrologer Marc Edmonds to develop what is known as the Sabian Symbols.  Later on, renowned astrologer Dane Rudhyar further distilled meaning of her somewhat cryptic ‘visions’.

PHASE 33 (TAURUS 3°): NATURAL STEPS LEAD TO A LAWN OF CLOVER IN BLOOM.

KEYNOTE: The gradual expansion of the individual consciousness after a fecundating experience.

Having been "activated" by electrical energy, the pure water of the mountain stream is able to fertilize the soil which covers itself with small blossoms. "Clover" however, is normally a symbol of the Triad ("Trinity"), and thus of the often-mentioned "three natures" in man. To reach the Flowering garden of mind, the consciousness must proceed by steps. Effort is needed. What is reached is a flowering display of the simple, quite humble kind, yet bees are after it for honey. There is sweetness and energy latent in the blossoms.

This is the third stage of the seventh five-fold sequence of phases. It is a stage at which one should seek with diligence and determination, but in humility and faith, to reach NATURAL FULFILLMENT.

The person who has suffered deprivation and loneliness can give new substance to his or her emotional life by participating in a collective project. All great evolutionary challenges imply the overcoming of basic difficulties. A step ahead must be taken, yet an abyss confronts evolving man. It is no longer a personal Void - an "open grave" - but a chasm that is an integral part of the "land" upon which man's evolution must proceed. A link must be built through the power of the collective mind of the group or of the community at large, on the basis of the legacy of the past, to make a bridge over the canyon.

This is the first stage of the eighth five-fold process of "Substantiation." The man-made bridge built with collective skill gives substance to and demonstrates man's capacity to CONQUER OBSTACLES and to achieve evolutionary continuity as well as expansion in space.

MONTHLY MAY 2020 FORECAST for ALL SIGNS will be posted in the next few days..