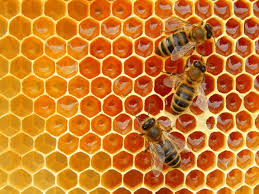 Home, family and likely career-related matters are on your mind at the beginning of March. Mercury, still in retrograde, returns to Aquarius on March 4th suggesting if any foundational aspects of life (eg.home/career) aren’t working adjustments will need to be made.  A strong Capricorn AND Aquarian influence will be in effect all month and so not only will you be busier than normal but it seems everything you are working on is geared toward building a sound base for the future. That said, if between March 4th and March 9th you suffer, delays or setbacks consider it a good thing.  You have to know where the problems are if you want to see improvements.  And this month it is all about the timing.  Once Mercury revisits Pisces on the 19th you will feel a little easier about how 'things' are running.

Also, during the first week of March Venus moves into your partnership zone.  If you have been having a hard time with a certain someone or are in the midst of making a commitment of any kind (in love, in business) all is likely to go exceedingly well.  Scorpio always does their homework and deeply considers what the meaning of commitment is – not just in theory but in application.  As Venus will be positively highlighting your relationships until April 3rd this is a great time to begin negotiations or have serious talks concerning your expectations.

Moving on to the second week of March a Full Moon blossoms in Virgo on the 9th, the same day Mercury stations direct.  Old friends may come out of the woodwork, contracts may be signed and good news may arrive on your doorstep, so to speak.   This is one of the most positive Full Moons of the year that works to complete a cycle which began on August 30th of 2019.  Think back to what was happening around that time.  You will notice there have been developments – and probably in a way that has been better than anticipated.

As mentioned, roughly half way through the month Mercury dips back into Pisces – just a few days before the Spring Equinox on the 19th.  The Sun will be shining in fire sign Aries allowing for a welcome breath of fresh air.  Over this week you’re likely to feel more in control over circumstances in your life. Saturn too, will echo that sentiment as it shifts into Aquarius on the 21st.

Saturn only makes a brief visit into Aquarius, remaining here until July.  This suggests that you will feel more grounded, settled for about three months until Saturn returns to Capricorn in December.  In short, you will be at the beginning of structuring your life in a new way.  What doesn’t quite work can be dealt with between July and December. Perhaps you have paperwork to sign over those months, will have to continue discussing certain details.  Whatever the case once Saturn settles into Aquarius at the end of the year it will continue in this placement until 2023.   That doesn’t mean you will go through this again in 2023 only that you will start feeling more secure about the ‘new foundation’ you are operating from.

When the New Moon in Aries arrives on the 23,rd it could bring a few challenges.  Health, work issues may arise requiring more effort than usual.  Perhaps scheduling changes will be necessary to handle the matter. If you have been pushing yourself too hard you may need to reschedule due to health concerns. It wouldn’t be surprising as this looks like a busy month. Taking time to de-stress would be a good idea.  Mars and Pluto will be joining forces on the same day as the New Moon as well.  And so, if you have been angry about something and kept it to yourself stress levels will have been built up to an intolerable point around the New Moon.

Luckily Mars moves into Aquarius on March 30th boosting your determination to get on with the show.  Remember the work you are putting in now will feed into how you will be set-up for future - foundational moves are in the wings Scorpio.