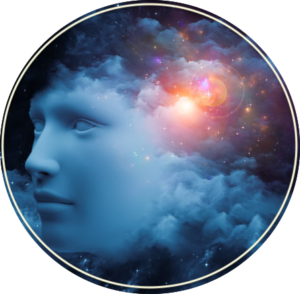 “Life can only be understood backwards; but it must be lived forwards.”
― Søren Kierkegaard

“It is by no means an irrational fancy that, in a future existence, we shall look upon what we think our present existence, as a dream.”
― Edgar Allan Poe

It seems you have an itch that is begging to be scratched Taurus. You may not know exactly what you want just yet. At times you may strike out to do something new & different just for the sake of it though and, believe it or not, end up throwing caution to the wind. That’s hardly your style.  Needless to say, this can cause a little drama over the first half of February.

Even if nothing ‘out of this world’ happens, that sitting on the edge of your seat feeling is likely to persist. A part of you truly wants to let go and just have fun.  The other half can’t shake the thought of having to deal with responsibilities. And so, even minor obstacles preventing you from setting yourself free are more frustrating to deal with than usual.

Mercury is in retrograde this month so do take care not to push your luck by making snap decisions. That is unless you’ve already spent time thinking things through.  Mid-march will be a better time to figure ‘this’ out if you are serious about making major changes, particularly in regard to relationships, lifestyle or how you manage your money.  Travel, foreign affairs, legal issues are also highlighted suggesting you probably can’t get away from it all in a heartbeat.

Mercury enters the watery dream realm of Pisces for an unusually long stay. You may find yourself spending more time with friends or become more active on social media just to see what’s out there.  Attending events, reconnecting with old friends is a great idea especially during the first two weeks of February. Either you’ll be in a position to be of help to them or, surprisingly, they can have useful advice for you. (read more about Mercury in Pisces- relevant for ALL SIGNS)

As Mars continues through Sagittarius until the 16th it’s seems you are in a transition period that is taking far too long, by your estimation, to handle.  More than a few things are needing to change especially the dynamics of your relationship but also concerning finances (investments, debts, taxes etc.).  This isn’t likely a small matter.  And so, your emotions can rise unexpectedly and words can fly out of your mouth before you’ve had time to think it thorough.  (read more about Mars in Sagittarius -relevant for ALL SIGNS)

While Venus, planet of wants and desires, travels through your house of seclusion may I suggest 1. Avoiding going to bed angry, 2. Sleeping on ‘it’ allowing your dreams to offer a helping hand and/or 3. Using your exceptional problem-solving skills to help out a friend – chances are the advice you’re giving is probably the very same advice you should be taking.

The Full Moon in Leo on February 9th warms the atmosphere at home and work. This is a fabulous time to organize, declutter, rearrange the furniture, do virtually anything that refreshes your space, so to speak.  It’s perfect timing as the following week Mercury retrograde begins increasing the likelihood of life not going according to plan.  Taking the time to clean the slate now can help you remain flexible and focused on unexpected happenings that require you to change your priority list.

It’s all business when Mars enters the industrial sign of Capricorn. You will want to avoid any kind of drama or sticky emotional situations.  Most of your energy will likely be wrapped up in constructing a solid plan that will steadily move you towards future goals, things you are hoping to accomplish in 2020.  If you were thinking about travelling, going to school or are in the midst of a legal situation no doubt preparations are necessary.

Mercury’s retrograde phase works best if you focus on doing one thing at a time and resist starting anything new. At this point with Mars will encourage you to engage in due diligence – research, further investigate the possibilities in light of what’s most practical.  Should you experience annoyances, delays, miscommunications as is so often the case with Mercury retrogrades consider it a blessing.  It is far better to move slowly and cautiously to ensure you have all the details covered AND they are not subject to change. Of course, nothing is guaranteed but if you are armed with as much knowledge as possible it’s less likely surprise snafus will throw you off your game.

March 4th: Mercury Returns to Aquarius-- *based on what you know now, viewing your situation from a different angle you can make adjustments to your directional focus for 2020.  In other words, you will begin to see the path ahead more clearly.  Although, fully clarifying exactly what you want looks like it could take a little more time.

March 30th :  Out of shadow @12+° Pisces.  Heart and mind will come together bringing much needed relief.

April 11th:  Mercury moves into ARIES, your twelfth house of solitude.  A little rest and relaxation are in order

This is a stand out day- inspiration strikes like bolts of lightening when Mars reacts with Uranus.  You will be flooded with ideas, insights, learning so much more about what is and isn’t possible.  Travel, education is highlighted.  In fact, if you’ve been wanting to get away there is a good chance the opportunity presents itself and you’re now in a prime position to works towards making it happen.  Still this is not the time to act rashly unless it is part and parcel of what you have already started before Mercury entered a retrograde phase on the 16th.

The New Moon in Pisces on the 23rd is magical.  It is easier to connect with others in the truest sense of the word.  As a result your open-hearted, compassionate nature rises to the surface. All month it seems you have been searching for a better understanding, a new experience to manifest, harmonizing the rather tough energies you’ve been dealing with when the new year began. Now your chance to double down on those intentions.

Onwards toward the end of the month then, you will be better able to put ‘this’ into perspective.  Knowing what really matters, what is truly valuable to you goes a long way in helping you clarify AND take responsibility for what you want from life.

The moon continues into Aries a few days later, on the 25th suggesting maybe it’s time to give yourself a break, carve out pockets of time to spend more time on what matters and far less time fussing about what has, at this point, become irrelevant in the grand scheme of things. Remember Mercury will still be in retrograde motion. And Saturn & Mars will continue to insist there is always more to learn.  There’s a big wide-world out there and this year you will make sure to spread those wings no matter what it takes.