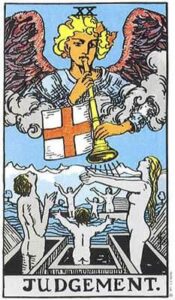 It won’t feel like there is anything new happening this week.  There is.  It is only that we have become accustomed to the pressure, now expect the so-called unexpected to reach out and shake us by the shoulders.

And so, we may feel a little looser, we may even feel a pressure drop.  Pluto stationed direct on Sunday. Venus, often known to bring calm, is already in Virgo, a fix-it-sign that takes time, and makes the best of whatever resources are available.

This pressure drop is more of a reaction to being pressed and squeezed for too long. There is not much by way of reaction after the wind has been knocked out of you.  On top of that Mars our will to fight, our motivating force, is still in retrograde. And it will face a newly awakened Pluto on the 9th.   While known to be intense, and destructive in many cases, Pluto works with precision, with an aim to cut out what is no longer necessary.  It is the planet of death and rebirth.  One life ending so another can be born. Something has ended.  It has already happened. Although, Pluto is thorough in its purging process.

Venus in Virgo will help Pluto in cleaning up the bits that no longer fit in our lives – in the life we find ourselves now.  If however, you still feel like a square peg trying to squeeze yourself into a round whole it really can’t go on much longer.  That is, not unless you’re willing to reform, reshape yourself.  I don’t think the energy is there for that.  It makes more sense to remain in the shape you are in and use Venus in Virgo to fix a few other things, make the best of whatever is working for you.

On a last note, Mercury sits in opposition to Uranus RX – the planet of shock, of the unexpected on October 7th.  There is something new coming across the airwaves, some ‘unexpected’ jolt, ‘a sign’ from the universe? It is always tricky to predict what’s next with Uranus.  Yet, at this point we probably half expect another quake.  This time it can feel like merely a tremor – or is it bigger than that and we just perceive these shake ups differently now? Mercury will oppose Uranus RX again on the 19th as it stations retrograde in about a week.

Anyway – the point is this week is a reminder, to our delight or our dismay, that it isn’t all over yet but rather just beginning.

The site will be