During this last week of 2021, it’s slow rather than excitable. Maybe the air hangs somewhat flat. At least it can seem that way, on the surface. Underneath it all though, something stirs …

Monday, leading into the first few days of the week, the sense we must encourage level-headed harmony, quiet the inner stir, is high on the agenda. It isn’t as much about ‘feelings’ as it is the ideas floating in our mind’s eye. It’s kind of like bobbing for apples. 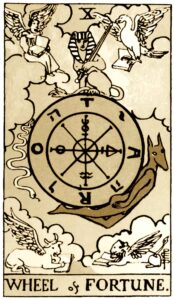 The ideas are there but really getting at them is tough.

By Tuesday, Jupiter arrives in Pisces widening the scope of possibility. You’d think that would make it easier. I am not so sure it does. In any case, this is the most important transit of week and Jupiter’s influence here will carry into mid-May 2022.

We experienced the good graces of Jupiter, at home in Pisces, briefly between May 13th and July 28th of 2021. The effects will be similar. So, what happened? I remember repeating in the 2021 Sun Sign forecasts not to go too far on a wing and a prayer. This giant knows no limits. And in Pisces? You can be sure the skies pose no limit at all. That’s where I remain wary of painting Jupiter with a broad brush as the harbinger of hope in any and all cases.

If you have been following astrology even a wee bit you are likely familiar with Jupiter as the luckiest of all, the abundance-maker, gift-giver, the all-things good planet. On the other hand, if you’ve taken to a more in depth look, you’ll know there is far more to it than that. 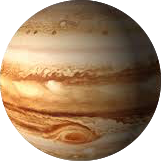 Jupiter is about understanding. Learning, knowing, accumulation of knowledge is part and parcel -expressly so while Jupiter was in Aquarius. But comprehension & application is key. That comes via life experience- what we know so far, AND how we use that to the benefit of ourselves and others. It is through experience that we mold our philosophical outlook, craft a set of principles to live by. Jupiter doesn’t appear out of nowhere with a well-formed opinion guiding ‘the’ way nor does it present all our wishes and dreams on a silver platter. It’s greatest offering is in watering the seeds of wisdom. Also, while often deemed ‘the guiding light’ so too can we be misguided on Jupiter’s watch. Funny enough that’s precisely the space from which wisdom is born and so grows.

Returning to the notion of life experience, that which determines our ability to guide ourselves well…it is a layered process, a pattern weaved over the course of 12-year periods- one Jupiter cycle. In other words, we are only now fully comprehending what we experienced 12 years ago. Try it out. What kind of learning curve were you on in 2009 or 2010 for instance?

The point is, we either gained wisdom from past experience, reformed our perspective, or we fell short somewhere, were misguided. In case of the latter, we may notice one heck of blame game going on now- the holding of grudges. Perhaps we’ve been lost along the way and now feel justified in faulting someone or something for why our life has turned out this way. On a positive note, a common phrase sums up the process nicely: “I wouldn’t be the person I am today had I not been through that mess”. It’s very ‘Oprah-esque’ isn’t it?

Understanding Jupiter from a wider view of the collective, you may have noticed last year, while it was in Pisces, there was an atmospheric uptick of moral righteousness, religious fanaticism and an all-around over-selling of ‘beliefs.’

Are we now operating within a wiser, better-developed societal frame? Or have we continued to build on misunderstandings, overwrought ideations? It’s a bit of a trick question. No human ‘understands’ everything and life rarely if ever maintains an ideal state by our estimation. Nevertheless, we grow, we learn, we gather bits of wisdom step by step along the way.

Carrying on with Jupiter in the realm of Pisces the default state is to dream big, fantasize, imagine, become supreme advocates for all that is love and light. We are prepped to search far and wide for the absolute ideal. Our higher than high expectations might as well be the song of the pied piper effortlessly leading us astray. In fact, so much so it would not be surprising to see a slew of stories of the dedicated peace-loving types viciously attacking anyone who doesn’t believe. It’s contradictory. We are after-all, talking about the two fish, the symbol of Pisces, each swimming in the opposite direction – often forgetting they occupy the same cosmic fishbowl.

In short, while Jupiter does indeed portend happier days, not all will be as it appears. The lighter energy will offer relief that, frankly, we’ve all been desperately craving yet we will be tempted to pursue more and more and more of a ‘good thing’. Of course, too much of a good thing, we know by now, tends to result in a net-loss.  What I am saying is it's best not to push our luck.

It would serve us well to reflect on what happened between May and July of 2021. To clarify -the whole world rushed forward on a MISUNDERSTANDING. People remarked how weird it was to revel in a long-lost sense of freedom now found. The same effect will kick in between December 28th and May 10th 2022.

To be fair though, Jupiter did retrograde back into Aquarius (under the strictness of traditional Saturnian-rule) which has a lot to do with how things panned out back then. But there are several aspects that we did not experience. The first is Jupiter’s meet-up with Neptune. The second is Jupiter’s brief visit to Aries between May and October. I see these two features of 2022 as an oceanic swell where we are lifted up and carried into, well…another space.

First, between April 7th and April 17th (exact April 12th) Jupiter powers up with Neptune emphasizing the complicated nature of Jupiter in Pisces. This is a big deal. Both planets are prone to extend our beliefs, understandings (and so misunderstandings), well beyond the norm. Many of us will be prone to ignore limits of time and space altogether. That can mean drifting further and further away from reality as we know it.

Neptune is a tricky one – associated with images, visions. Images and visions are inherently altered perceptions, distortions of time and space. It may be easier to consider the implications of this now, before this conjunction in April, otherwise I wouldn’t bring it up quite so early. 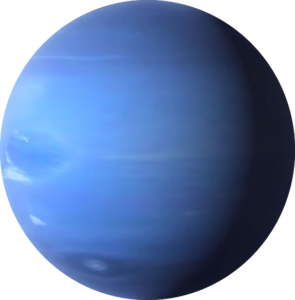 There are other associations involving these two also worth considering. The media, arts, humanities and medicine, particular mystery illnesses, mental illnesses & institutions. The possibilities are endless with Neptune & Jupiter intent on pushing limits AND Pisces, being a mutable sign, operating in the land of endless possibility.

That said, our view of reality will change between now and then. We will flow with and into new rivers of understanding for several months. Who knows what shore we will wash up on?

Another point to press is this push for the ideal. In a more abstract sense, that is focusing all our intentions on chasing the higher light. Doing so means willfully blinding ourselves from the unpalatable, what we deem a stain on our perfectly envisioned paradise -what we want to be real.

Unfortunately, viewing life out of one eye won’t do much to cancel the ‘dark’. In fact, it can make it grow stronger. But we will choose. Some blinded by the light. Some blinded in the dark and some, fingers crossed, cruising on through gaining the greatest gifts Jupiter has to offer – that of wisdom AND access to the inexhaustible wells of creativity and inspiration.

Light cannot exist without dark. Dark cannot exist without light. The temptation to enhance one over the other intensifies the dance. It takes us too far into the dreamscape. Perception of what is real and not real is inevitably distorted the further out we ride on the horse of righteousness – FIGHTING the so-called GOOD fight? Fighting is good? [insert long explanations and qualifiers here to render the truth of this paradox null and void]. But. If. Only….right?

And so,  the second feature of Jupiter’s travels in 2022 unfolds in mid-May – upon its arrival in the warrior sign of Aries, to remain until October. Too many may be eager to hop on the horse of righteousness. Whether in the name of good or bad it means battle. Some ‘warriors’ may be blinded by the light. Some blinded in the dark.

Jupiter in Pisces. Going with the benevolent flow of light though there lies darkness still.